For the fourth year, Company of the Staple set up a static display at Winterfest. For the first time, Winterfest was held at Parramatta Park, beside the Parramatta River, which lent a more picturesque and medieval feel to the event.

Another first was our display of a 14th Century Harness fight in the main combat arena. Sir Hugh and Sir Elden engaged in a practical demonstration of how the armour protected them from blows and how a Deed of Arms works, with both fighters setting out the rules by which they wished to abide. 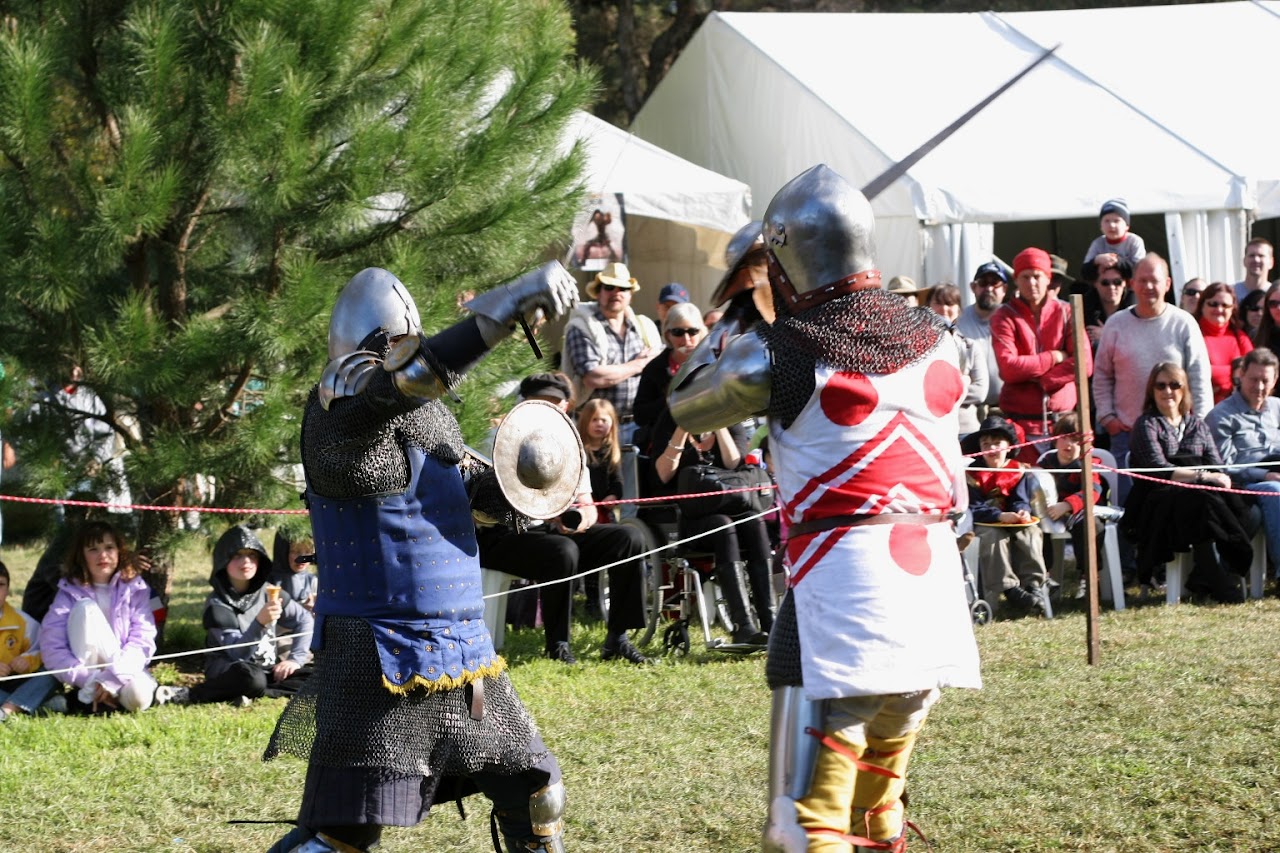