In another first for Company of the Staple, this year we did a joint show with Black Ravens (a multi-period medieval combat group) for Blacktown City’s Medieval Fayre.

Our physician Jon had his surgical tools on display as well as some fresh and dried herbs. Black Ravens had weapons and armour displays, and our new silk painted banner looked very good waving in the breeze. Our brand new silk appliqued banner is almost finished as well, so pictures will be up soon, most likely in the pictures of Winterfest. (2nd and 3rd July at Parramatta Park, Sydney) 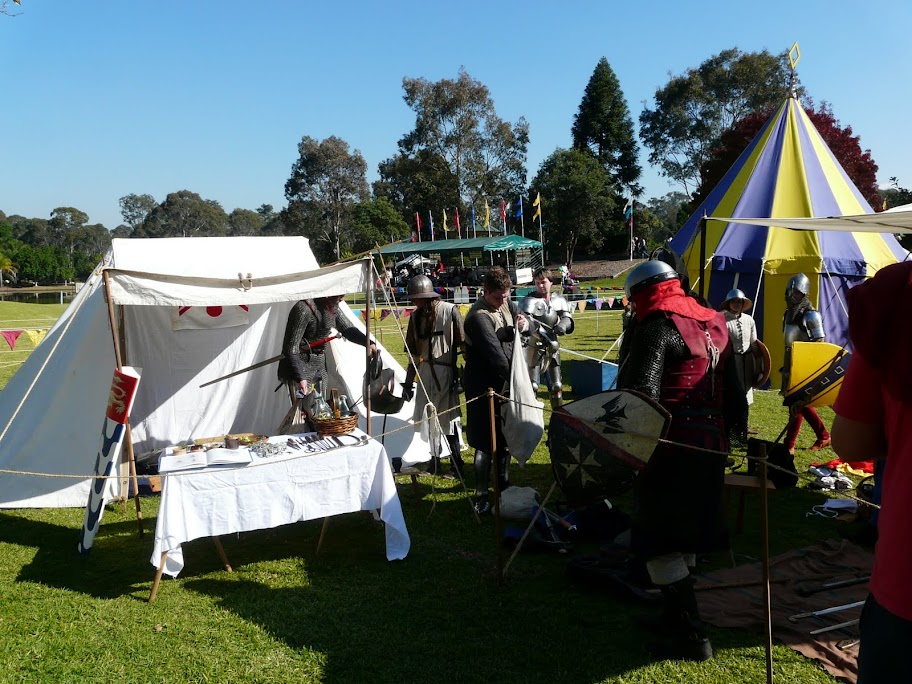 Here is our encampment, with brave lads getting ready to fight. On the left you can see Jon’s surgical display. 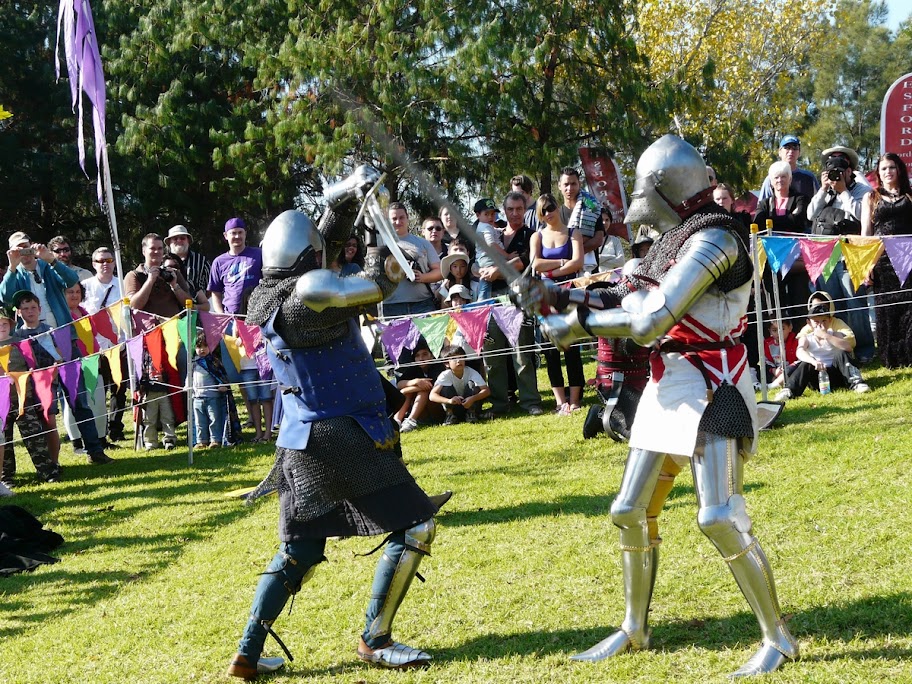 Hugh and Elden battle for glory

We also had a special guest fighting with us on the Sunday shows, champion jouster Jeremy O’Neail of Boston, Massachusetts. Full Tilt Jousting brought Jeremy out to Australia for a national tour, and were kind enough to let him join us for some foot combat. Jeremy is the principal instructor of the Academy of Knightly Arts in Massachusetts, and it was instructive to see him in action. 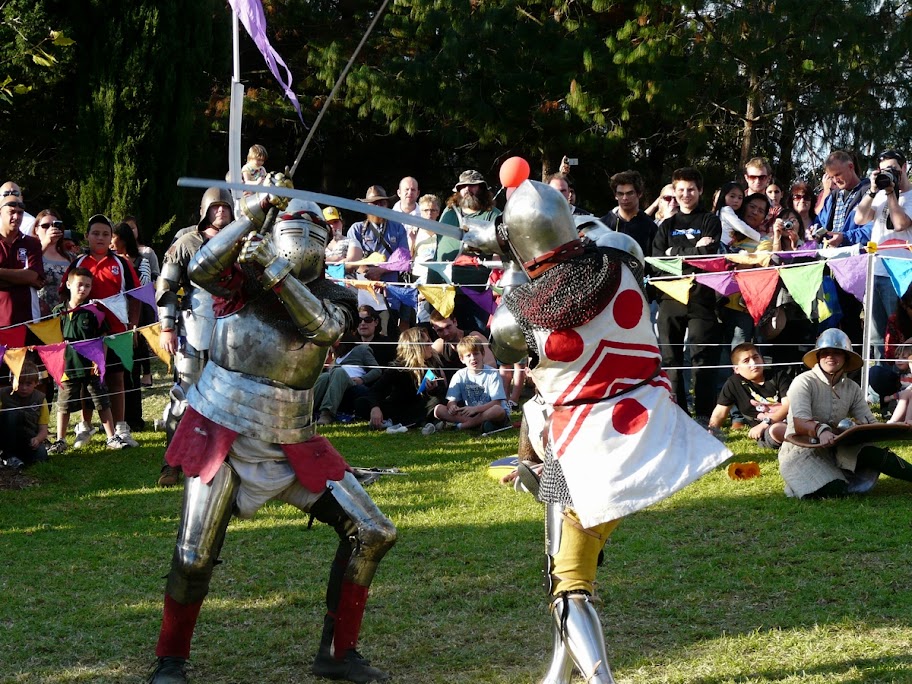 Blacktown Medieval Fayre is funded by Blacktown City, allowing free entry for many thousands of people from the area to come and immerse themselves in history in a picturesque parkland setting. We are very grateful to the city for the opportunity to share our love of the fourteenth century with so many.